Unfortunately, even the YouTube Music app does not support background play for free subscribers. Thus, one of the surefire ways to listen to YouTube in the background is by using a Youtube2MP3 converter app to convert the YouTube content to digital audio formats that can be played on your local media player app.

However, by opening YouTube via a web browser and following some safe tricks, you can play any YouTube content in the background. Interestingly, this article lists up to eleven (11) ways to listen to YouTube with your device screen turned off.

There is just one official YT music app; however, because most other apps can actually allow you to stream YouTube music in the background, they are somehow referred to as "YouTube Music Apps."

The YouTube Music App is the official mobile app developed by YouTube to provide its users with a friendlier platform to stream the latest songs on the platform. It is a free app that anyone can download to their mobile smartphone (Android or iOS). This mobile app can actually allow you to play YT music in the background, but you must upgrade to YouTube's premium plan to enjoy the feature. If you're a regular (free) user, you should try other methods explained below to see how you can stream YouTube music in the background.

This method is exclusive to Android smartphone users. If your Android device runs on Android 8.0 (Oreo) or a newer version, there's the possibility that it supports PiP (Picture in Picture) mode. So, you can activate this feature and play YouTube in the background.

How to activate PiP mode on Android devices

Now, open the YouTube app installed on your device and play any music. When you minimize the app, the music will appear in a PiP window and keep playing in the background as you do other activities with your device. 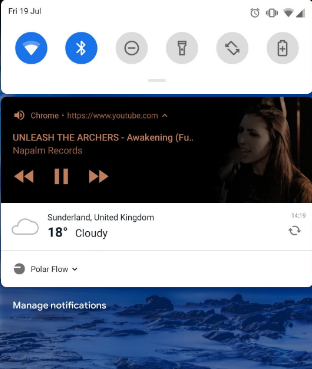 Mozilla Firefox is a popular web browser that is available across platforms. It can allow you to listen to YouTube in the background – here's the simple trick you need to know. 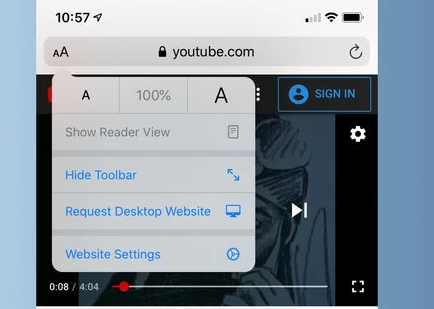 This method works almost the same way as with the Mozilla Firefox method explained above. Safari is the default mobile web browser for iOS devices, and here's how to use it to play YouTube in the background on iPhones.

This method would work on both Android and iOS devices using the specified browsers. It is almost the same steps as the other browsers mentioned above.

Awesome Pop-up Video, as the name implies, is a "pop-up" video player that allows you to play videos on PiP mode. Interestingly, it works differently, unlike other pop-up video players. This apps plays videos in a small floating window atop other applications. More so, the app can detect internet videos and play them in pop-up windows as you continue with your browsing. 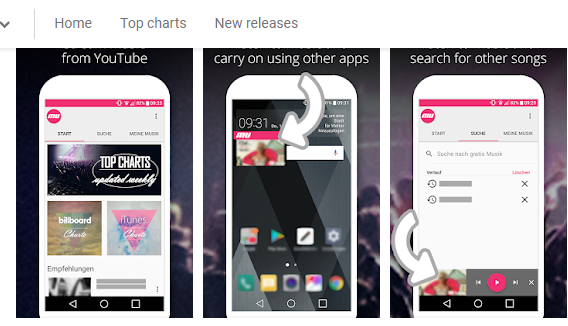 Vanced Minimizer is an intuitive mobile player that allows you to stream YT music in the background while using your smartphone for other things. It is only available for Android devices (at the time of writing this post), and it is available for free on Playstore. The Vanced Minimizer app supports other interesting features you'd love to explore. However, if your device screen goes off, the player would stop playing. 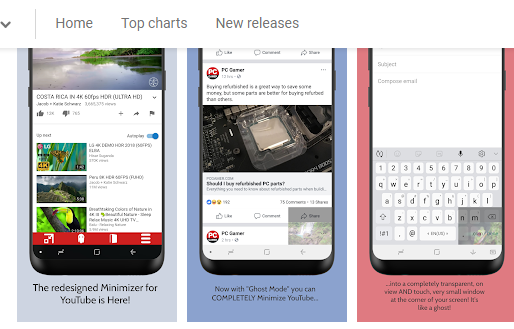 As the name implies, this mobile media player app lets you minimize YT music into a floating PiP frame where it'd continue player as you go on to use the phone for other purposes. This app is only available for Android device users to listen to YouTube at the moment, and it comes with an intuitive interface. The app also allows you to play your favorite music playlists in the background and much more features to offer. 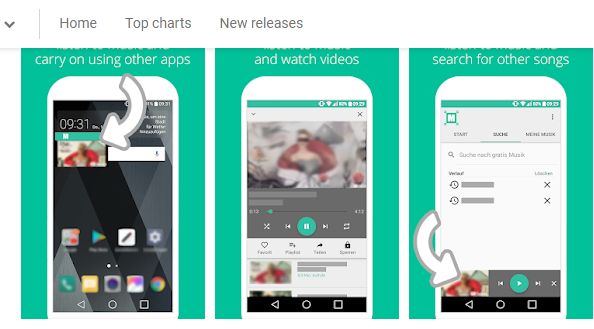 Video Mini is yet another Android mobile player that allows you to listen to YouTube in background. In a situation where you cannot access a YouTube2MP3 converter, this app can come in handy to be of great help. With the Video Mini app installed on your Android smartphone, you can stream YouTube music playlists in the background; however, your screen must be on/active for YouTube content to continue playing.

Just as Android 8.0 or later versions support PiP mode, iOS 14 includes the features, and iPhone users can take advantage of this feature to enjoy background YouTube music streaming. However, this iOS feature works in hand with the Scriptable app and a YouTube PiP shortcut. So, if your iPhone supports iOS 14, you should install the recommended apps to starts playing YouTube in the background.

Using a YouTube2MP3 converter app, you can permanently download YouTube music to your device and play offline without limitations. ListenToYouTube is a free online app that grants you limitless access to enjoy YT music even with your screen turned off. Below are some of the outstanding features of ListenToYouTube.

ListenToYouTube is accessible from any device or system with internet access. It allows you to download YouTube contents as MP3 audio files for limitless playback on mobile devices. The app has a clean interface and does not display obtrusive ads.

Using ListenToYouTube, you can convert any YouTube video irrespective of the length and resolution. The app works in a simple manner and supports various resolution qualities. It also allows you to convert as many YouTube videos as you wish.

ListenToYoutube allows you to download high-quality 1080p videos. It assures lossless quality for both YT to MP4 and YT to MP3 conversions.

Y2mate is another great choice for listening to YouTube in the background, as a good alternative to YouTube Music app, you can ultilize this online YouTube2mp3 converter as another way out. Large and long YouTube videos, YouTube music channels, all you can think of can be achieved with Y2mate as its service is quite stable.